The scramble to find storage, any storage, or demand from under any rock is upon us. Such environments lead to a wide array of prognostications, many of which no longer seem far-fetched now that negative oil futures prices to the tune of -$40/barrel have occurred.

Market participants understandably seek expert opinions during tumultuous times, but it is even more critical that organizations have the analytical tools that allow them to efficiently and accurately assess their own internal expertise and assumptions.

A few weeks ago, RBAC published an article entitled “Where Are We and What is a Handbasket”, which depicted a “tail-risk” event of extreme demand and supply destruction, specifically focused on natural gas, using RBAC’s GPCM® modeling system.  At the time, this tail-risk scenario seemed exactly that, a low probability event leading to significantly lower natural gas prices due to dramatic demand destruction outweighing production curtailments. Considering the current crude oil price declines, the production curtailments seen in the “Handbasket” scenario – upwards of 8 – 10 Bcf/d declines – may not be so farfetched should significant crude oil production shut-ins start to materialize. Natural gas demand, for now however, has held up surprisingly well, with balance of month cash prices hovering in the -5 to -10 cents range below May20 futures prices. In fact, May20 futures prices have rallied to near $2.00/MMBtu.

The fundamental argument supporting stronger natural gas prices while crude withers away is largely due to differences in the end uses of the fuels; although, actions taken by Russia and Saudi Arabia are also adding downward pressure to global oil prices. Amid shelter in place actions across the globe, natural gas consumption has not experienced the same declines as refined crude products. Declines in commercial natural gas use have mostly been offset by gains in residential consumption. Demand from the power sector, industrial demand and exports have not yet experienced major declines. In contrast, refined crude oil products are often used in transportation, which has come to a screeching halt. People are not commuting in personal vehicles nearly as often and plane traffic has evaporated. 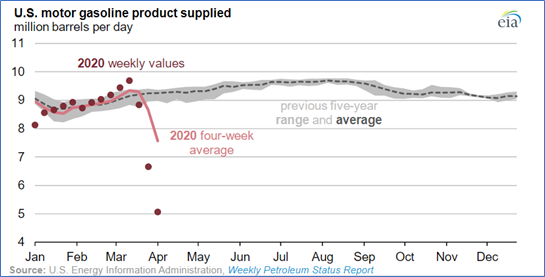 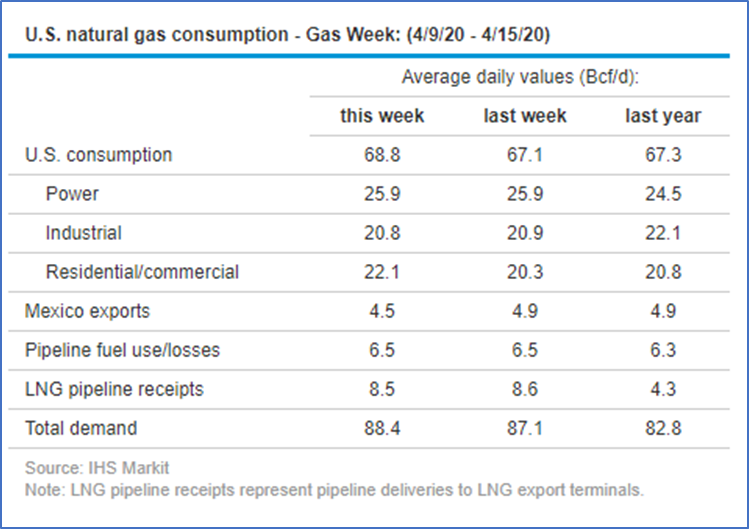 Using GPCM, one can very quickly construct a wide array of scenarios to assess such fundamental arguments, aka assumptions, based on their own internal proprietary information or to simulate extreme, tail-risk events. Such examples might include:

What would be the potential gas price impact of a prolonged recession that reduces U.S. industrial natural gas demand and exports?
How might the natural gas forward price curve respond to marginally lower demand but significantly lower associated gas production; what are potential upside price targets and basis implications?

These are just a few worthwhile scenarios that can help guide business, trading and risk management decisions in the hyper-volatile energy markets that shows no sign of abating in the near-term. RBAC is currently finalizing its GPCM 20Q1 forecast and it is quite likely we will address at least one of these scenarios in the very near future. Stay tuned…