For a Successful Energy Transition, “You Need to Learn to Walk Before You Can Run”

It is said the proverb, “You need to learn to walk before you can run,” dates back to the 15th century and it is as relevant today to energy as it was then to everyday life.

Despite all the advances we have made, producing reliable, affordable and abundant energy for our needs through renewable sources is still in its infancy. In the push for net-zero by 2050, there are many challenges to overcome, but with alarm bells sounding constantly and from all directions, it seems there is a tendency to take off running before we can even walk.

Without question, the harnessing of energy has been the most vital factor in the  advancement of human civilization.  From wood, to coal, to oil, gas, nuclear and renewables, there has been a steady evolution of the industry towards a cleaner and more efficient use of energy.  Even prior to the current Energy Transition push, we saw a steady decrease in coal-fired generation for many years and a shift to cleaner, more efficient gas-fired generation units as shown in the chart below.

The energy industry has been moving towards cleaner technologies for quite some time. Since 2005, natural gas has been replacing coal in power generation, leading to reduced emissions, most profoundly in the United States.  So naturally the trend is expected to continue toward cleaner, lower-emission energy. 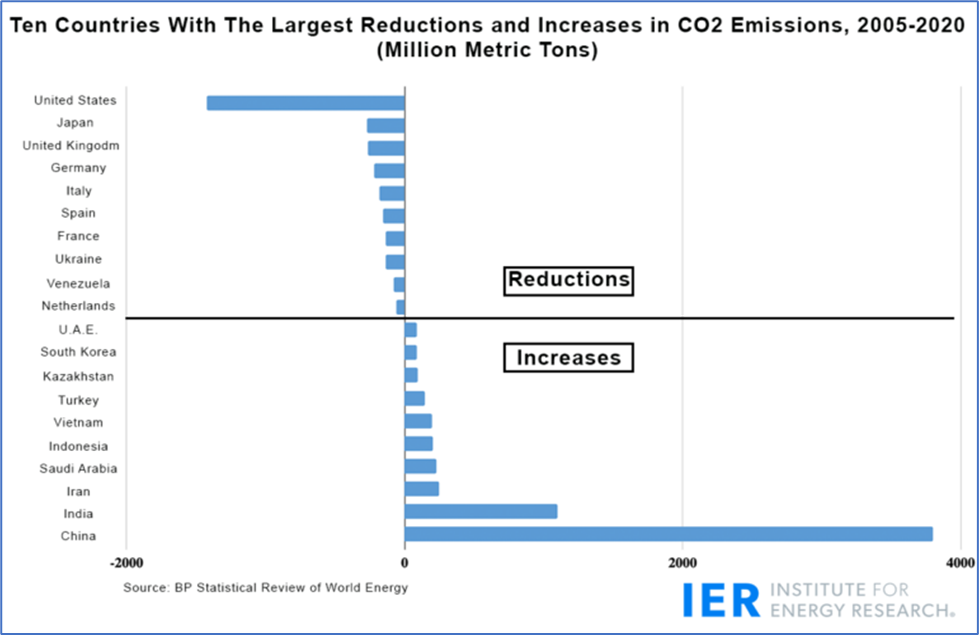 Figure 3: IER – Ten Countries with the Largest Reductions and Increases in CO2 Emissions[3]

However, there is a difference in the current approach to the energy transition that we haven’t seen before. Human emotions have played a much larger role in driving the change forward. After every storm, forest fire, polar wind, or dry spell, we hear everything attributed to climate change. We’ve all seen those images of polar bears trapped on a floating sheet of ice (polar bears can swim by the way). There are environmental and climate challenges of great concern to the world and a huge swell of emotion-charged sentiment has led many to try and run before we can even walk—and as Europe with its energy crisis now well knows, the result is likely to stumble and fall.

To put it another way, have you ever turned a light off in a room where the switch wasn’t near the door and then had to find your way in the dark to the exit? Consider Germany, which has shuttered coal plants, yet had to re-ignite them to keep the grid stable and supply shortfalls. In 2021, Germany’s wind power plunged 20% due to unfavorable conditions and coupled with higher consumption, this “led to a significant increase in coal-fired power generation.”[4] Trying to run before we can walk, indeed.

Unfortunately, with the haste and fervor to make such abrupt changes, this approach does not always bring with it the utilization of past knowledge and experience yet does bring economic and technological requirements that are beyond our current capabilities.

In a recent report from McKinsey & Company the spending “on physical assets for energy and land-use systems in the net-zero transition between 2021 and 2050 would amount to about $275 trillion, or $9.2 trillion per year on average, an annual increase of as much as $3.5 trillion from today.”[5]

Unlike the transition from coal-fired to gas-fired plants, which was a fairly natural progression that made sense both economically and environmentally, the push towards net-zero with renewables such as wind, solar and hydrogen brings tremendous challenges both economically and technologically. For example, wind and solar are intermittent and thus must be coupled with natural gas or other reliable and abundant fuels to avoid interruptions such as blackouts. Wind power has no predictable pattern, as Europe has found out, and thus is less suited to be coupled with batteries. Solar has a fairly predictable pattern and can be coupled with battery storage. Yet the EIA predicts in its highest scenario that US battery storage will reach 59GW by 2050.[6] If that much storage was available today, it could power the country for 1 minute or one city, such as New York, for about 5 hours. This technology is at its infancy at best.

Even hydrogen has its challenges. It cannot be transported as easily as natural gas and may require a “carrier” such as ammonia, which much easier to liquify than hydrogen.  One could also look at blending hydrogen with methane.  According to Dr. Robert Brooks’ article, “Methane vs Hydrogen vs CH4-H2 Mixes,” if we assume “a mix of 80% methane and 20% hydrogen, the amount of energy actually delivered [hydrogen carries only about 31.4% of the energy potential of methane] is going to be about 0.8 x 1 + 0.2 x 0.314 = 0.8628 or 86% of that of pure methane.[7]  However, if we are pushing to move 100% away from fossil fuels, even this option would be off the table.

With the shift towards these renewable energy sources, the need for increased mining of these minerals has greatly expanded.  Per the EIA, “total demand rises significantly over the next two decades to over 40% for copper and rare earth elements, 60-70% for nickel and cobalt, and almost 90% for lithium.”[8] 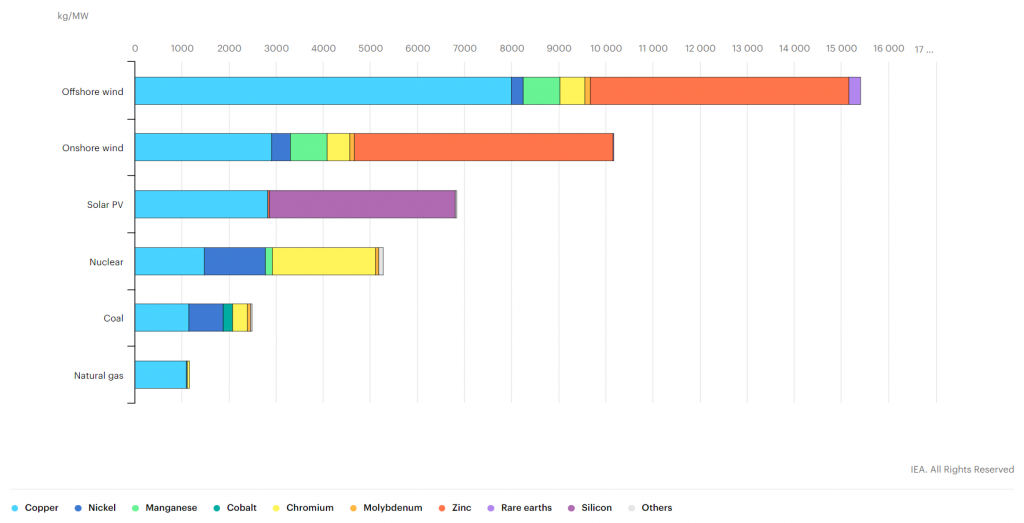 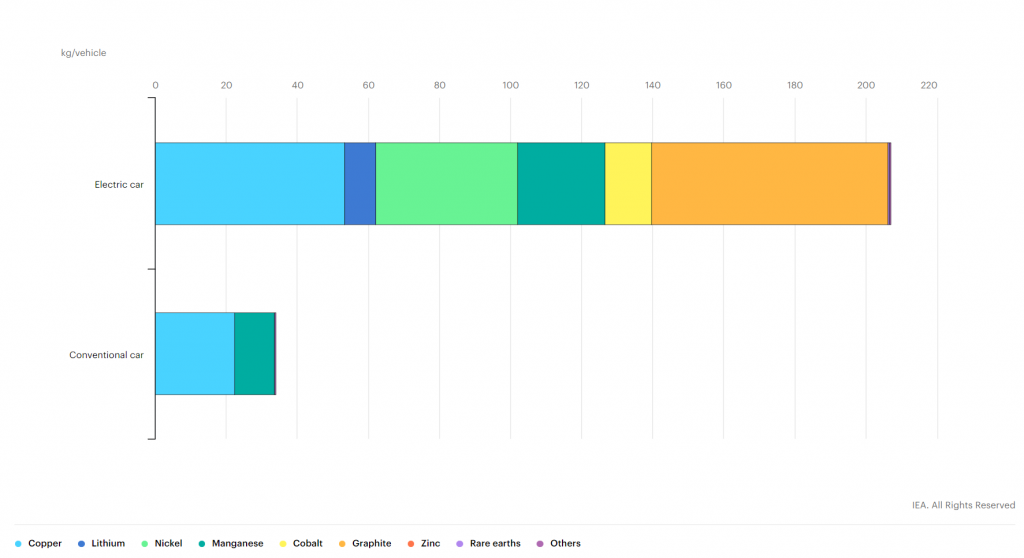 This also brings up the point of energy security. Traditionally, oil and gas have been the main factor in energy security and it has taken years for the US to achieve it to the point where prices are low and energy is abundant almost everywhere. Such is not the case in Europe, where the sprint towards renewable energy sources and away from fossil fuels out-paced their ability to deliver, causing a frantic scramble in efforts to keep lights on and heaters warming.

As a case in point, so far during the 21/22 winter season, we have seen tremendous spikes in energy prices in Europe and Asia. We saw gas hit daily highs of ~$60 (TTF)[9] and ~$50 (JKM)[10] per mmbtu in December 2021. Europe has been hit particularly hard due to both tight supply and high winter demand. 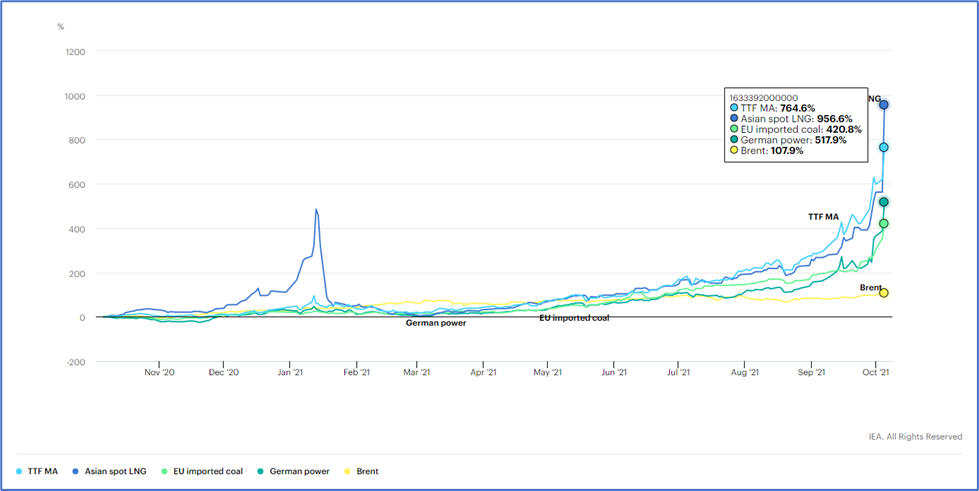 The situation has been further exacerbated by geopolitical tensions between Russia and Ukraine threatening a disruption of Russian natural gas to Europe. According to The Wall Street Journal’s article, “As Russia Threatens Ukraine, Europe Scrambles to Secure Gas Supply,” Europeans have begun looking for alternative gas and LNG sources since this past autumn when gas and electricity prices started to skyrocket. These “efforts intensified in recent weeks, as Moscow’s escalation with Kyiv left European governments contemplating a once-unthinkable scenario of a conflict interrupting the flows from Russia, which provides about 40% of the 27-country bloc’s natural gas.”

Under the circumstances, this search has proven to be quite difficult. Countries that can produce more gas such as the U.S. still face the challenge of shipping that gas overseas. The U.S. has a limited number of LNG export terminals and those “facilities have been running near capacity for months amid tightening supplies of the fuel around the world, as economies gradually recover from the pandemic and demand roars back.” [12]

Thus, for countries such as those in Europe, energy security and relative independence are vital factors toward clean, abundant and affordable energy. But now, with the rush toward renewable technology, the raw material requirements needed (especially for wind and solar) will be huge. Thus, a new factor enters into energy security: abundant and affordable access to copper, nickel, and other minerals such as rare earth elements. 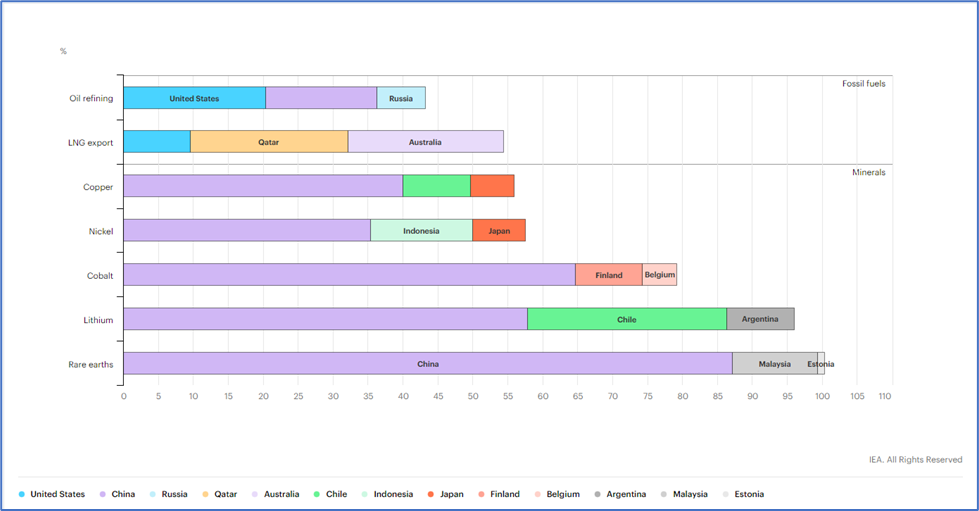 Moreover, Europe’s dependence on Russian gas has taught us that depending on one country for a large majority of your supply, while closing down existing domestic sources, can bring real trouble.  The US is now also trying to run before it can walk, with regard to renewable energy raw material security.  But as you can see in the graph above, it currently hasn’t a leg to stand on, let alone walk or run.

When it comes to the energy transition it is very important to do it right.  Energy security and abundance will help countries have enough breathing room to make a real and workable energy transition.  This can be done by creating strategy that takes into account the rapidly changing dynamics of the energy industry.  By analyzing the short, mid and long-term impacts of a variety of market scenarios through market simulation based on hard data and a rigorous quantitative approach, one can not only find a path to walk, but will be able to run towards those goals at an ever increasing pace.

[3] Since 2005, U.S. Has Had Largest Decline in Carbon Dioxide Emissions Globally – IER (instituteforenergyresearch.org)

[4] Germany 2021: coal generation is rising, but the switch to gas should continue – Energy Post

[5] The net-zero transition: What it would cost, what it could bring

[11] What is behind soaring energy prices and what happens next? – Analysis – IEA

Home » For a Successful Energy Transition, “You Need to Learn to Walk Before You Can Run”