Last week Bloomberg on MSN glibly reported that the Trump administration had conceded defeat in its effort to stop Russia’s Nordstream 2 pipeline. According to the article, the pipeline was already nearly complete and the latest sanctioning under the National Defense Authorization Act (NDAA) had failed.

CNBC agreed with Bloomberg stating that the NDAA was “probably too late”. 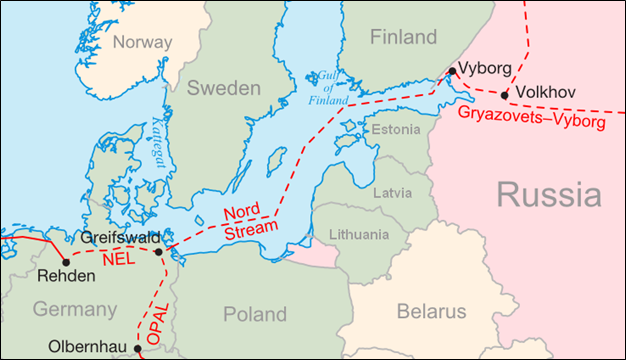 But what a difference a few days make! Three days after these defeatist announcements, the authoritative Pipeline & Gas Journal reported the truth that Putin knew all along – the NDAA has teeth.

Once it was clear NDAA would pass and be signed into law, Allseas, the Swiss-Dutch company responsible for completing the underwater sections of Nordstream 2, announced it was halting all pipe laying operations. Allseas understood what the sanctions would mean for its future.

And so did Putin.

While all this drama was going on, Gazprom and Ukraine were struggling to negotiate an extension to the gas transit agreement, linking Russia to Europe, which was set to expire at midnight December 31st, 2019.  Without an agreement in place and without Nordstream 2, Gazprom would default on its European gas delivery contracts.  Nordstream 2 from the North and Turkstream 2 from the South were key to Russia’s strategy to maintain its dominance of natural gas markets in Europe, while at the same time eliminating the nuisance of a demanding and unreliable Ukraine. 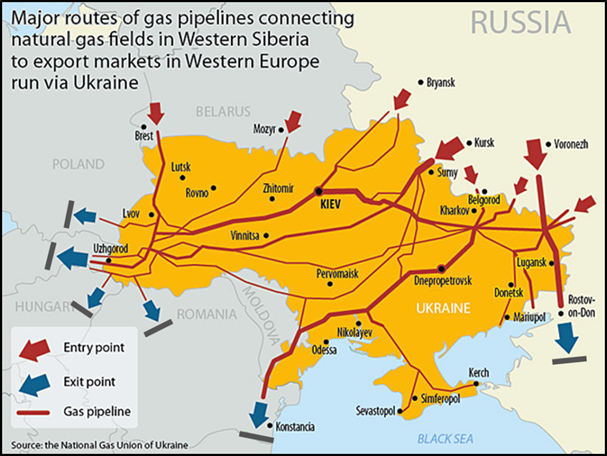 But Putin knew what Bloomberg and its sources – “two senior administration officials … who asked not to be identified” – apparently did not: without Allseas, Nordstream 2 could not be finished.

So the real story is that it was Putin who was, in-effect, forced to admit defeat. He had no choice but to order his negotiators to work out a deal with the Ukrainians, no matter how painful it was to do so.  The good news, however, is that it is actually a good deal for Russia – and for Ukraine.

Gas will continue to flow across Ukraine to Europe for another five years, not the ten years the Ukrainians wanted, but much longer than the one year that Putin and Gazprom were offering.

This will allow Russia more time to work things out with the EU and the United States regarding Nordstream 2. Similarly, Russia will have additional time to negotiate agreements for extensions of Turkstream, from Turkey and Greece into the Balkan countries, which will provide gas for domestic use and for transit northward into central Europe. But time provides optionality, and in this case, could also prove advantageous for LNG imports into Europe from both the US and other suppliers.

“There are many political obstacles to making such a hypothetical solution happen. From our study we conclude that the best outcome for Europe and Russia is the “Business-As-Usual” scenario where Russia/Gazprom and Ukraine/Naftogaz design a new transit agreement which both can live with.  This solution would best promote the energy security which both Europe and Russia have long sought.”

Here is the conclusion section of Dr. Brooks’ IAEE presentation:

“From the scenarios we have run, the effect of a shutdown in gas transit across Ukraine leads to the following conclusions:

“Europe needs Caspian gas from Azerbaijan: Supplies intended for Europe are needed in all scenarios, including the Business-As-Usual scenario b. SGC and its expansions will be highly utilized c. Faster ramp-up of SGC would be helpful

“Gas from Turkmenistan will also be needed: Reduced supplies from Russia mean Europe will need Turkmen gas transported by the Trans-Caspian Pipeline (TCP) and an additional expansion of the Southern Gas Corridor.  (UPDATE:  the TCP has not gained traction since 2016.)

“Turkish Stream will help: But it needs a new downstream pipe to take gas further to Central and Western Europe

“More LNG will be needed: LNG imports increase in all scenarios, but not enough to make up for lost Russian gas

“But all proposed pipeline solutions will not be sufficient:  they cannot make up for all the gas lost to Europe if the Ukraine transit issue is not resolved

“The scenario results show that even with the expected low growth of the European market, where much of this growth is centered in Turkey, the cessation of gas transit across Ukraine into central and southeast Europe would have a substantial negative effect on both gas supply and price. 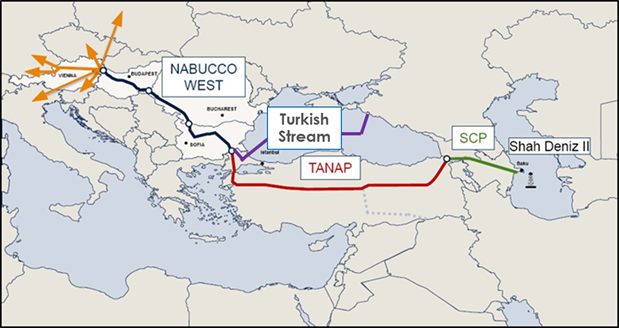 “There are many political obstacles to making such a hypothetical solution happen. From our study we conclude that the best outcome for Europe and Russia is the “Business-As-Usual” scenario where Russia/Gazprom and Ukraine/Naftogaz design a new transit agreement which both can live with.  This solution would best promote the energy security which both Europe and Russia have long sought.”

Energy market analysts use RBAC’s G2M2 modeling system to forecast the effect of market phenomena such as these on market prices and infrastructure investments. Modelers can run scenarios based on their own supply curves and demand expectations, derived from their own market intelligence and proprietary data.  Such scenarios provide valuable insights regarding global supply/demand balancing, absolute and relative prices, inter-regional gas and LNG flows, and pipeline, tanker, and LNG facility utilization rates.